Site Name
Baixo Sabor LTER
Short name
LTER-SABOR
Country
Portugal
Web Address
LTER Sabor
Site Manager
Pedro Beja
João Cabral
Operating Organisation
CIBIO - Research Center in Biodiversity and Genetic Resources, University of Porto
CITAB – Centre for the Research and Technology of Agro-Environment and Biological Sciences, University of Trás-os-Montes e Alto Douro
Site Description
The Baixo Sabor LTER site is located in north-eastern Portugal, in the region of Trás-os-Montes, within the watershed of the Sabor river (3868 km2), which drains into the Douro river. It encompasses the lower reaches of the Sabor River and the catchment of its tributaries (1590 km2), part of which were flooded in 2015 by the reservoir of the Baixo Sabor Hydroelectric Infrastructure. Research at this sites focuses on improving our understanding on the long term consequences of river damming on freshwater and adjacent terrestrial ecosystems, and how these effects interact with other socio-economic and environmental drivers operating at scales from local (e.g., land use changes) to global (climate change, biological invasions). Elevation in the Baixo Sabor LTER site ranges between 100m (mouth of the Sabor River) and 1100m (Hills of Bornes and Nogueira). Climate is predominantly Mediterranean with continental influence. Annual rainfall ranges between about 500mm and 1000mm, and mean annual temperature ranges between about 10ºC and 16ºC. Considering the thermicity index, It, the site is mostly included in the Meso-mediterranean and Supra-mediterranean zones. Land cover is dominated (>80%)by Mediterranean oak forests and shrublands, pine plantations, olive groves and other permanent crops, and arable cropland and pastures. In terms of Phytoogeograpy, the site was classified in Lusitanean Duriensean sector and in the Terra Quente Superdistrict. The later is characterized by its climatophilous mixed forests of cork oak and juniper (Rusco aculeati-Quercetum suberis subassociation juniperetosum oxycedri ), and its subserial communities, mainly dwarf scrubs of Lavandulo-Cytisetum multiflori and broom-dominated communities of Cytiso multiflori-Retametum sphaerocarpa as forest mantle vegetation and also in progressive successional processes, or Cytiso scoparii-Retametum sphaerocarpa in regressive succession. As a first step in the degradation of cork oak woods, shrubby or woody formations of species with lustrous leaves occur (Arbutus unedo accompanied by thermophilous species like Phillyrea angustifolia, Pistacia terebinthus and Viburnum tinus, or in even more degraded stages, Erica arborea). Cork oak is frequently associated with Q. faginea. Oligotrophic therophytic grasslands are frequent, classified as Anthyllido lusitanicae-Tuberarietum guttati. On more acid and exposed soils, communities of Lavandulo sampaioanae-Cistetum populifolii can be identified. In edapho-xerophilous conditions, mainly occupying steep slopes, holm oak dominated forests, classified as Genisto hystricis-Quercetum rotundifoliae juniperetosum oxycedri, substitute the cork oak woods. In subserial stages, again broom dominated communities, in that case pertaining to Cytiso multiflori-Retametum sphaerocarpa occur, which might be substituted by extremely poor communities dominated by Cistus ladanifer. Under basiphilous conditions, dwarf scrubs of Lavandulo sampaioanae-Cistetum albidi may occur. (Holzer 2003) Bordering the margins of permanent watercourses, with marked edapho-hygrophilous conditions, riparian forest of Scrophulario scorodoniae-Alnetum glutinosae are constant, but they are restricted to very narrow strips of gallery forests, due to the topography of the mainly V-shaped river valley, with Clematis campaniflora and Scrophularia scorodonia as notable companion species. Bordering the temporary watercourses, but also the more lotic facies of permanent watercourses with strong currents, willows of Salicion salviifoliae appear. In the floodplain of Sabor river, rupicolous chamaephytic communities of Diantho laricifolii-Petrorhagietum saxifragae are frequent, with notable thermophilous traits, and a peculiar scrub community dominated by Buxus sempervirens and Erica arborea. (Holzer 2003) Most of the Baixo Sabor LTER site is included in the Rede Natura 2000, within the Special Protection Area (SPA) of the Rivers Sabor and Maçãs, classified under the European Directive 79/409/EEC, and the Sites of Community Importance (SCI) of the Rivers Sabor and Maçãs and of Morais, classified under the and 92/43/EEC. Classification of the SPA was mostly due to the populations of birds of prey, including several breeding pairs of golden eagle (Aquila chrysaetos), Bonelli’s eagle (Hieraaetus fasciatus), and Egyptian vulture (Neophron percnopterus). Classification as SCI was due to the presence of a large number of habitats and species of conservation concern, including for instance the wolf (Canis lupus) The site is mostly included in the municipalities of Torre de Moncorvo, Alfândega da Fé, Macedo de Cavaleiros and Moncorvo. Human population density in these municipalities is low (12 – 22 inhabitants / km2), and it has declined from about 25% to >50% since 1960. Over the past decades there has also been a tendency for the population to concentrate in the main urban centres. Agriculture is an important economic activity, but there is a pervasive trend for agricultural abandonment due to population declines and ageing.
Last modified
2021-11-23 11:11:14 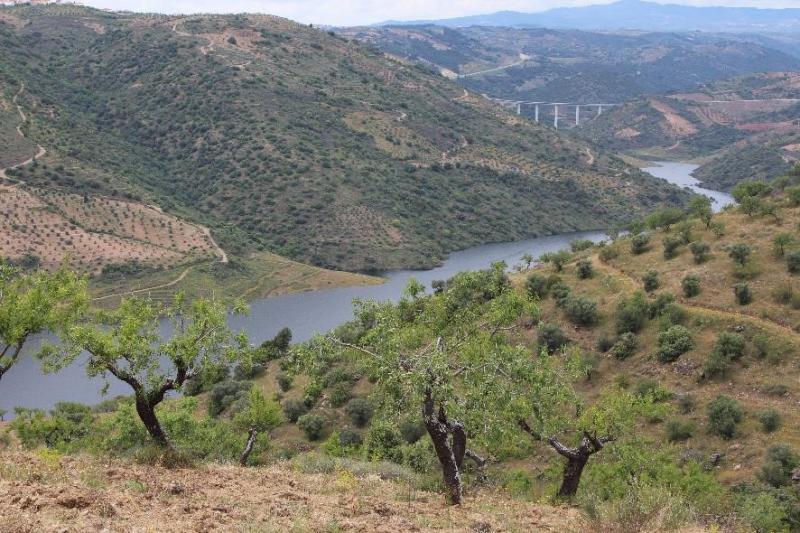 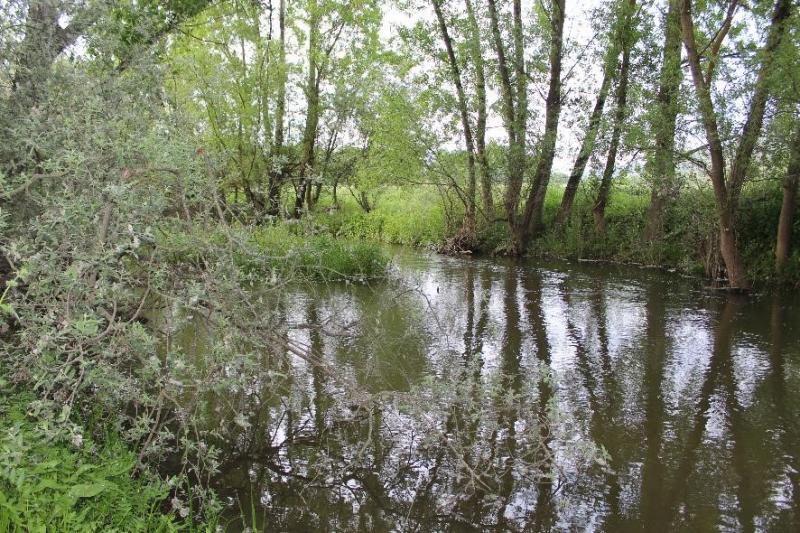 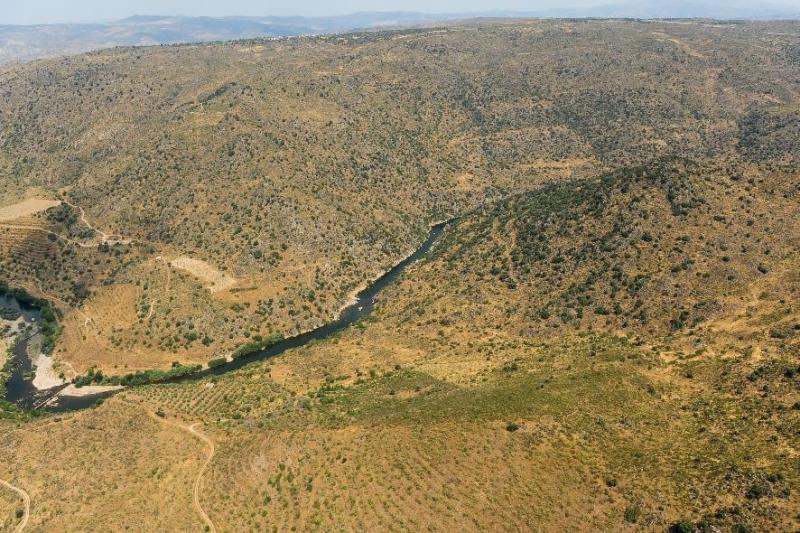 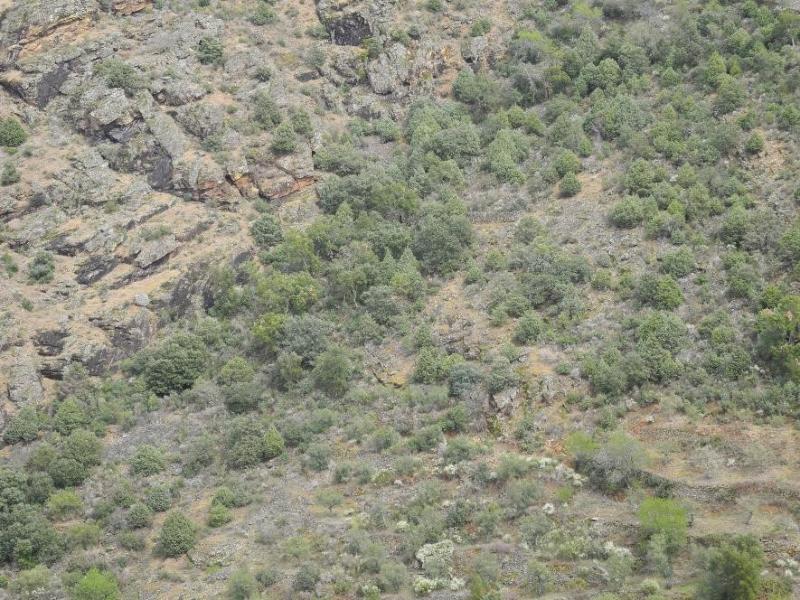